GCHS only needs to split series with Moss Point to win Reg. 8-4A 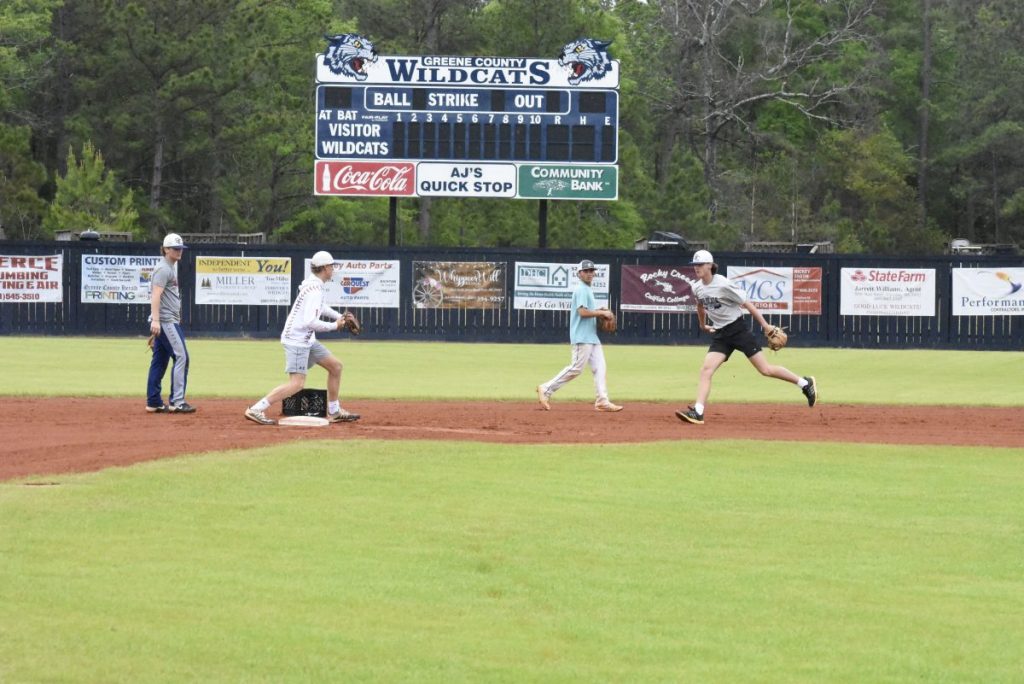 The Greene County Wildcats entered this week’s series with Moss Point needing to win just one game to claim their first region championship in a decade. After Tuesday’s trip down Miss. 63 for game one of the series with the Tigers, they remain one victory away from being named Region 8-4A Champions – a title they haven’t been able to claim since 2012.

The Cats did not lose the game on Tuesday. They just didn’t play it.

After making the trip to Jackson County and playing the scheduled junior varisity game, school officials were forced to cancel the game due to the lack of enough umpires.

“They played the JV game with one umpire and were counting on another umpire to show up for the varsity game,” GCHS Principal Scott Bray told the Herald by phone on his way back from Moss Point Tuesday night. “The other umpire never showed so they were forced to postpone it.”

The game will be made up on Thursday, April 14, as part of a double header at Scott Bray Field beginning at 5 p.m.  Game two will follow immediately afterward.

The Wildcats are in a position to give Chatham his first regular season title at the school because of a big win over Stone County last Friday. The Tomcats had come out on top in a pitcher’s duel last Tuesday with a 1-0 win at home in the teams’ first meeting setting the scene for a big game for the Cats in the friendly confines of Scott Bray Field.

“We would have loved to come out on top in game one (at Wiggins), but we knew going into it that it was going to be tough,” Chatham told the Herald earlier this week. “But, we also knew that we controlled our destiny either way.”

“We lost a 1-0 game and didn’t get any breaks on the road, so we felt pretty good coming back home to our place.”

Those feelings proved spot on as the Wildcats got off to a good early start in front of a raucous home crowd and rode that to a 4-1 win. The Wildcats got a stellar performance from senior Conner West on the mound and a big boost from the bottom half of the batting order, but the biggest playmakers may have been the Wildcat fans.

“The students really showed up and filled the stands and all the decks were full. It was like having a tenth player. It made that big of a difference.”
West did have a strong outing for the Cats, scattering five hits in a complete-game performance that required just 84 pitches. He gave up a single on the first pitch of the game, but was back in the dugout two pitches later, which set the tone for the game. West did walk three batters after that quick first inning, but struck out five and got a solid defensive effort from his teammates.

“Conner throwing just three pitches in that first inning set the tone,” Chatham said. “And, once again, the crowd was amazing and our guys fed off of that.”

“Anytime they would get a little momentum, we were able to steal it right back. We had some good plays defensively and came up with big hits when we needed them. And, where we didn’t get any breaks in a 1-0 loss on the road, we did catch a few of those breaks at home with the crowd behind us.”

Offensively, junior Collin Pipkins led the team with two hits and an RBI. West, senior Ethan Roberts, junior Luke Barfield and sophomore Izaya Jordan each had a hit. Jordan led the team with two RBIs.
With the win, GCHS needed only just one win over the Tigers to claim the region’s Top Seed. And, while the Wildcats were the favorites on paper, Chatham said he and his team were not looking past them.

“We need to win just one of the two games, but we want to avoid putting ourselves in a must-win scenario in game two,” Chatham told the Herald the day before Tuesday’s title-clinching win. “We are taking these guys seriously, because we know they are playing for a chance to make the playoffs.” 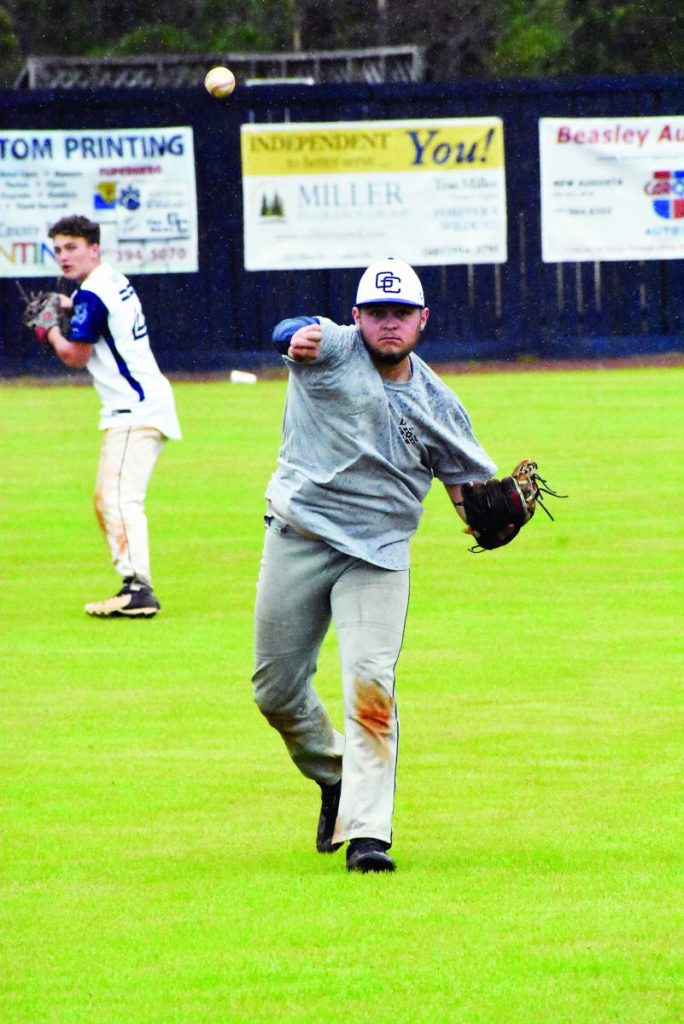 What’s next for the Cats?

The Wildcats had hoped the region standings would be decided after Tuesday so they could play game two of the series without too much worry about Senior Recognition Night being a distraction. Now, GCHS is scheduled to do senior activities between games one and two on Thursday and Chatham and his team are counting on the region standings being decided by that point. If not, game two of the series will be their biggest game of the year.

Saturday’s scheduled game at home against Taylorsville is up in the air as well. With the Tartars having with multiple region games left to play the potential for rainouts could impact whether or not the Tartars and Wildcats the two teams will play over the weekend.

The Wildcats have also have a home-and-away series with West Jones slated for this coming Monday and Tuesday, but that schedule could change as well as the Mustangs are in a similar situation to Taylorsville.

If the matchups with Taylorsville and West Jones fall through, the Cats next matchups will be in the first round of the MHSAA 4A playoffs, which are set to get underway on April 22. Greene County will play hosts in the first round and will match up with either the No. 4 or No. 3 team out of Region 7-4A, depending on how the Wildcats fare against Moss Point.

Sumrall is undefeated in Region 7 and appears set to claim the top seed. However, that is not set in stone yet, as the Bobcats are matched up this week with 2-loss Purvis in the final regular season series for both teams. Poplarville and Columbia started the week ranked third and fourth in the region, respectively, and are facing each other this week, so GCHS could face Purvis, Poplarville or Columbia to start the postseason.