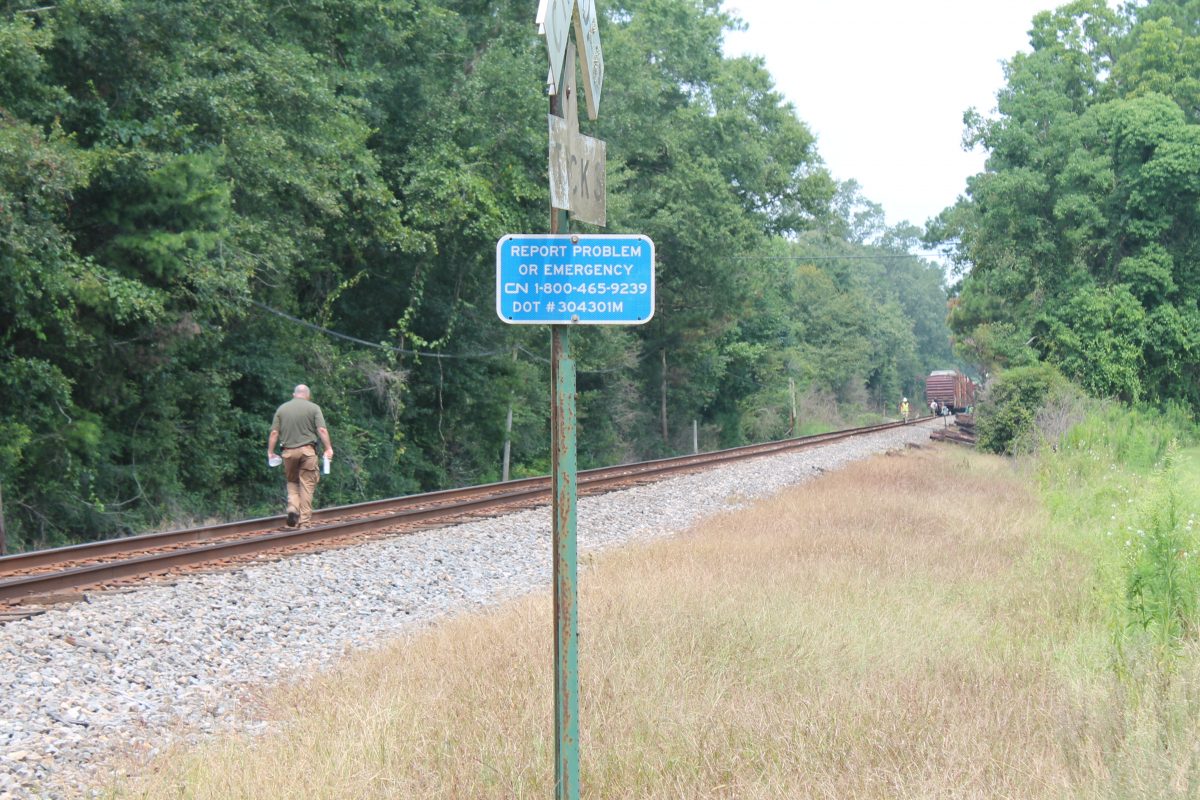 An unidentified Greene Co. deputy is shown walking the rail tracks in McLain Friday morning toward the scene of a fatal accident involving a freight train and a pedestrian.

State and federal authorities are reportedly continuing to investigate the death of a McLain woman killed last week when she was struck by a freight train.

Authorities identified 38-year-old Jessica Freeman as the pedestrian who was killed Friday morning when struck by a train traveling along the Canadian National Railway (CN) line that runs through the town. Freeman was reported walking along the tracks between rail crossing inside the town limits when she was struck by a northbound train. Freeman was walking in the same direction with her back to the oncoming locomotive and was reportedly wearing headphones. Details on the accident remained limited at press time on Tuesday. Local authorities have turned over the investigation to the Mississippi Department of Transportation (MDOT). CN officials are also investigating the accident.

Reports indicate the train operators attempted to signal Freeman with the locomotives horn and attempted to stop the train, but were unable to avoid the accident.

Attempts to reach MDOT investigators for additional information were not successful. The Herald did speak with a CN media spokesperson late Tuesday afternoon, but had not heard back from the transportation company at press time.

Funeral services for Freeman are set for this Thursday afternoon in McLain. An obituary for Freeman can be found inside this edition of the Herald.