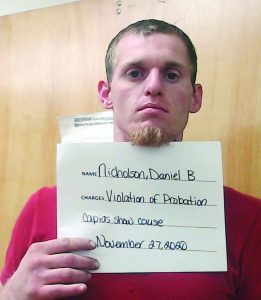 Local officials are asking for the public’s assistance in locating a man wanted on multiple criminal charges who escaped from the custody of deputies last week.

Daniel B. Nicholson, 25, of Leakesville, has been on the run from authorities since last Wednesday. According to reports, county deputies went to a family residence near the intersection of Roland Brewer Road and High School Road in the St. Ellen Community last Wednesday to search for Nicholson, who was wanted in George County on outstanding warrants for failure to appear for court on charges of grand larceny and two counts of taking away a motor vehicle. Sheriff Stanley McLeod said deputies located Nicholson at the residence and took him into custody temporarily. They also located an older model Ford Bronco at the scene that was determined to have been reported stolen from Montgomery, Ala. Nicholson, who was handcuffed, fled the scene on foot when officers were questioning him about the vehicle. Deputies at the scene were unable to re-apprehend Nicholson and called for assistance. Officers from multiple agencies, including a K-9 unit, searched the area for a couple of hours but called off the search after dogs lost his trail at a creek crossing.

On top of the standing charges in George County, Nicholson also now faces charges of escape after arrest and possession of a stolen vehicle.

Sheriff McLeod is asking anyone in the community that might have information about Nicholson’s whereabouts to call his office at (601)394-2364. Anonymous reports / tips can also be made through Mississippi Coast Crime Stoppers by calling 1-877-787-5898. Visit the CrimeStoppers WEBSITE to download the app or provide a tip online. 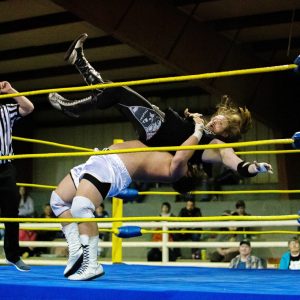