Longtime Leakesville resident Thomas L. Lundy says changes are needed in the Town of Leakesville and is asking fellow residents to support his bid for alderman in the upcoming municipal election.

Lundy, who worked for four years at Basilla Manufacturing before embarking on a 29-year career with Ingall’s shipbuilding, said business development and job creation are among his priorities. He also pledges to address problems he sees with streets in the town, including those in the newly-annexed areas, and to review the town’s recent decision to shutter its own police force and turn law enforcement efforts in the town over to the county sheriff’s office.

Lundy says he will publish a more detailed formal announcement in the coming weeks, but wants to hear from residents about their concerns and ideas for change. He asks for the support of his friends and neighbors as he continues to campaign for the June 8 election. 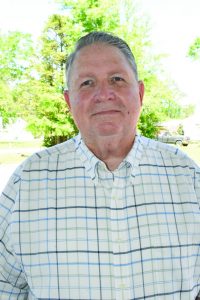