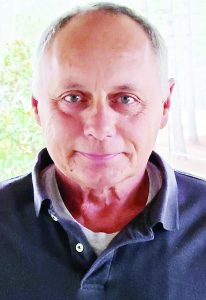 Terry Young has announced his candidacy for State Line Mayor. His name will appear on the June 8 ballot.

“As a lifelong resident of State Line, I have decided to run for Mayor in this upcoming term,” he said. “I have served on the Board of Aldermen the past four years, and my goal is to move into the Mayor’s position and get our town growing again.”

Young has been associated and worked with the Town of State Line as a Certified Water/Wastewater Operation and has been a part of the State Line Volunteer Fire Department for more than 25 years. He currently serves as an EMR in the department.

“I have seen businesses in State Line all occupied and open throughout my life,” Young said. “Several business have closed down over the years, and I would like to take the opportunity to help turn that around and get us back up and going again.

“Election Day is June 8 and, as of now, we will have four candidates on the ballot for Mayor. I would like to ask each and everyone of our town’s citizens to look at the ballot closely and make your choice for the best candidate for Mayor.

“I can’t speak for the others, but as for me — if I am elected — I’ll do everything possible to see that I was the best choice on the list of candidates to fill the Mayor’s position. I would appreciate your support.”

This is a paid political announcement, submitted and paid for by Terry Young, candidate.