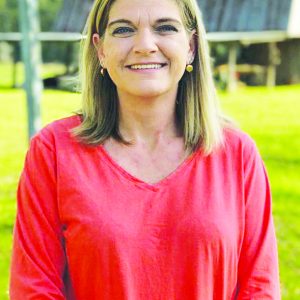 The virus is spreading through our county. Even at a slow pace, it will make its rounds. We can choose to stay in or we can go out in public. We can choose to wear a mask or choose not to. For most people, it’s a personal choice to give a little protection for themselves as well as protection from others, but around the Greene, opinions about wearing a mask are mixed.

Most of us do not want to wear a mask everywhere we go. Myself included. But it’s possible we are only harming ourselves by not wearing them. We don’t have a clear answer, but perhaps it’s time we think about the ‘what if’ of our choice. What if wearing a mask really does protect our vulnerable loved ones? What if everybody wearing a mask in public for a month flattened the curve? It’s not going to change everyone’s mind, but it might change a few.

During the Spanish flu pandemic, which took place alongside World War I, many Americans felt it was their civic duty to wear a mask. Wearing a mask was an enforced ordinance in many metropolitan areas, with punishable enforcement. The Mayor of San Francisco was fined $50 for breaking the mask ordinance. Several other local officials were fined for the same reason, though they paid just $5. It was a prime example of public accountability, especially for officials. Some people caught not wearing a mask during the pandemic were jailed, and some were even shot at for their lack of facial covering.

Wearing a mask, or rather being told wear a mask does seem somewhat unconstitutional when you look at it from the right angle. But, looking at it from another perspective could show a sense of American pride. Instead of being something that is causing more division, it could be seen as an act of solidarity. Americans taking a stand for Americans, wearing masks to get our country back. It sounds good, but that is far from the attitude of many people.

Stopping this virus isn’t completely our burden. It is from nature and will run its course, no matter how devastating the end result will be. But there are things we can do to at least take some momentum from it. Wearing a mask may be the key, no matter how tacky it is. We board up our windows and doors when a hurricane comes. Why is it so difficult to cover our mouths when a virus is here?

Masks are stuffy and uncomfortable. It makes understanding what someone says difficult at times. They are unattractive and make us look silly. But it’s not like toting a cinder block on your head. We should all have the greater good at heart, even if it means sacrificing some of our creature comforts. Our soldiers bear discomfort from heavy gear and extreme heat every day, yet most of us have a problem with wearing a mask. It’s not a one-man-show. It’s just a piece of cotton.