Officials in the Town of McLain are enacting an ordinance to restrict the weight limit on Shows Street.

The 3-2 vote by the town’s board of aldermen came after officials became concerned for the structural stability of the lift station on the street. Officials said the weight of logs trucks and other large vehicles that often use the street could cause damage to the station as well as clay pipes beneath the street. Mayor Steve McCluskey and the board agreed heavy loads caused extensive damage to the driving surface of the street as well. The cost of repairs should damage occur to the lift station or road infrastructure could be more than $50,000, an official said.

The ordinance, which can be found on page six of today’s Herald and below, will go into effect in 30 days after public notice and will restrict the weight on Shows Street to no more than 15 tons. Alderman Ken Cumbie made the motion to approve the ordinance and Len Moody seconded it. Aldermen Jan Guest voted for the motion, while Francis Byrd and David Hartfield voted against the ordinance.

Similar ordinances have been passed in neighboring towns. Leakesville recently passed an ordinance restricting the weight limit on smaller roads within the city limits. Richton also has posted signs that state heavy trucks must stay on Miss. 42 or Miss. 15.

The penalty for violations to this ordinance are a maximum $500 fine or 30 days in jail, or both, for each violation of the ordinance. 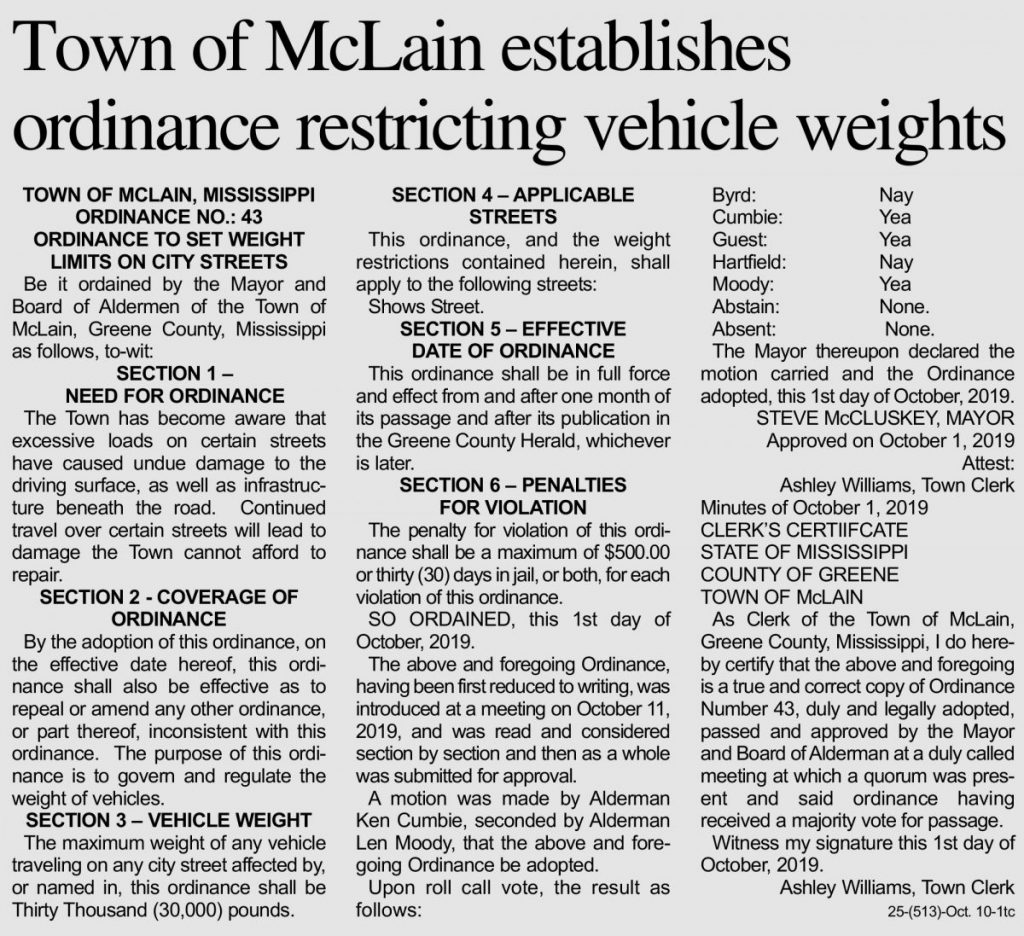