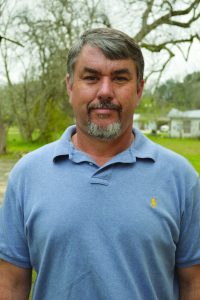 Local businessman James Radcliff is seeking the support of voters in District 1 as he begins his campaign to be their next representative on the Greene County Board of Supervisors.

In announcing his candidacy for the post last week, Radcliff said he made the decision to seek public office because it has become clear that new leadership and fresh ideas are needed in order to chart a better course for the county and its residents.

“I don’t believe in the ‘my way or the highway’ approach,” Radcliff said. “We have smart, driven people in this community, but far too often their ideas and concerns are ignored.”

“We can’t continue to operate the same way we have for past couple of decades and expect different results. I want to bring people together and have open and honest debates so we can find real solutions to our problems and real ways to capitalize on our county’s strengths.”

Radcliff said he looks forward to visiting with his neighbors in the district over the next several months to make his case for their vote and support, and to get their input on moving the county forward.