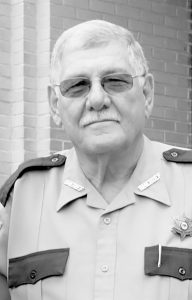 Longserving Greene County Sheriff Stanley McLeod is asking voters for their continued support as he seeks another term as the county’s top law enforcement officer.

McLeod has announced his candidacy and qualified for re-election.

A formal announcement will come at a later time.