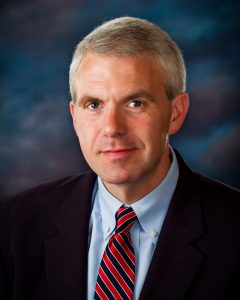 Ask any elected official in Mississippi if people living in rural areas deserve the same quality of life as people living in cities and you will probably get a quick “yes” but, that isn’t what current state policy says. Internet service has become a necessity for modern life, but far too many Mississippians live in the “digital dark,” lacking access to affordable, reliable internet service. Because they lack internet service, many of our people cannot compete for jobs, take online courses, access telehealth services or even simply browse the internet.

Mississippi has lost population over the past several years and we have learned recently that millennials are leaving Mississippi at a faster pace than any other state. Young people will not stay in a place where they are unplugged from the rest of the world because they lack internet service. If you doubt this is an issue, drive by your local fast food restaurant and take a look at people sitting in their cars doing homework using wireless internet provided by the business. The lack of affordable, reliable and adequate internet service in Mississippi is a crisis and is one that we had better fix, if we want our children and grandchildren to stay here.

In the 1930s, electricity was to rural people what high-speed internet service is today. Back then, electricity was changing lives and opening opportunities for those who had it and rapidly closing the door on those did not. At that time, rural Mississippi was literally in the dark. Rural people had no electricity, cooked on wood stoves, washed clothes on scrub boards, hand-pumped water from wells and studied by candlelight. Out of pure determination, Mississippi created the model that electrified America. In 1934, a group of citizens gathered in McPeters Furniture Store in Corinth and decided to do whatever it took to “bring the lights” to rural Alcorn County. They formed Alcorn Electric Power Association, the very first electric cooperative in the country. The idea quickly spread and the people of Pontotoc, Lee and Prentiss Counties came together to fix the lack of electricity in their communities and soon the rest of America followed. President Franklin Delano Roosevelt modeled parts of the New Deal on what was called “The Corinth Experiment.” Rural America got electricity thanks to Mississippi. Fixing our own problems is in the DNA of Mississippians. In 2018, we should use the same Mississippi spirit that brought electricity to rural households to bring high-speed internet service to rural people.

Earlier in November, the association of electric cooperatives presented the “Mississippi Broadband Enabling Act” to legislators. This proposed change in state law does not take one penny from the state treasury and doesn’t prohibit any other telecommunications company from providing internet service anywhere. The proposed law gives rural Mississippi a chance to get the internet service they desperately need and it un-cuffs the hands of the electric cooperatives to improve the quality of life of their people. It is no mandate and asks for no money. It is an example of free market competition.

Rural Mississippians deserve the same quality of life as anyone else. I hope passing the “Mississippi Broadband Enabling Act” will be a top priority for the Legislature in 2019. Improving the quality of life in our rural areas should be a top priority for Democrats, Republicans and everyone in between. It is time to bring high-speed internet service to every dirt and dusty road in Mississippi. It is time to bring rural Mississippi out of the “digital dark.”

Editor’s Note: Brandon Presley is the Chairman of the Public Service Commission and represents the state’s northern 33 counties.

To mask or not to mask