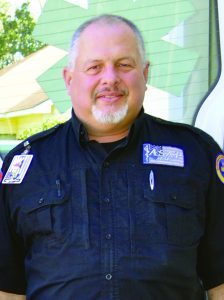 A Greene County paramedic was arrested in Jackson County this week and charged with sexually assaulting a woman while she was being transported by ASAP Ambulance Service.

According to the Jackson County Sheriff’s Office, James Lavelle Walley, 54, of Leakesville, is being charged with sexual battery after an incident on Sept. 16 where he is accused of sexually assaulting a 38-year-old woman while she was being transported to Singing River Hospital in Pascagoula. Walley was the paramedic attending to the alleged victim while in transit.

Upon arrival at Singing River Hospital, the woman told police at the facility she had been sexually assaulted by Walley. The Jackson County Sheriff’s Department Criminal Investigations Division responded to the scene and along with police on duty at the hospital processed the ambulance and collected evidence. Results from the crime lab, along with other evidence will be presented to a Jackson County Grand Jury.

Based on the initial investigation, Walley was arrested Tuesday, Oct. 16, and taken into custody in Jackson County. He had an initial appearance before Judge T. Larry Wilson on Wednesday and is out of jail on a $20,000 bond.

According to authorities in Greene County, Walley is under investigation for a similar incident locally. No charges have been filed in that case and a sheriff’s office spokesperson said Wednesday afternoon that no additional details are available at this time.

As with all criminal charges, Walley is presumed innocent until proven guilty in a court of law.

This is a developing situation and the Greene County Herald will be updating the story as details become available.