By RUSSELL TURNER
Herald Editor
The Greene County Wildcats’ traded blow-for-blow with the No. 4 team in 4A football for two quarters Friday night, but a rough start to the second half led to a disappointing 31-14 loss to Poplarville in the Region 7-4A opener for both teams.
“I felt like we played really well defensively in the first half, basically stopping them on all possessions except one,” GCHS Head Coach Mike King said. “We had a missed opportunity to get points when the first drive stalled out. That could’ve been huge for us.”
“They gave us problems all night with their defense bringing pressure and playing man-to-man. We were not able to win those one-on-one matchup’s enough to move the football consistently. That forced our defense to have to go right back out on the field without much rest and that caught up with us.”
Greene County did have a golden opportunity early in the first quarter after an interception by junior cornerback Kade Kittrell on the third play of the game. Unfortunately, the Wildcats turned the ball over on downs at the Poplarville 26-yard-line and would get no closer for the rest of the half.
The Wildcat defense was solid for much of the first two quarters, but Poplarville forced a Wildcat punt from deep in their own territory late in the second quarter to set up great field position and lead to only points of the first half.
GCHS held the Hornets out of the endzone with a nice goal-line stand, but senior Ethan Spiers’ 25-yard field goal pushed the visitors ahead 3-0 with just a few seconds remaining before the break.
GCHS received the opening kickoff in the third quarter, but could not convert a first down and were forced to punt.
Poplarville took advantage and after converting a fourth-and-short, caught the Wildcats defensive backs off-guard and connected for a 44-yard play action touchdown pass to go ahead by ten. After forcing another 3-and-out by the Cats’ offense, the Hornets put together their most impressive drive of the night, marching 57 yards on 10 plays to push their lead to 17-0 late in the third quarter.
Greene County answered with a gutsy 79-yard drive that included a fourth down conversion deep in their own territory and two miraculous third-down catches from Drake Henderson and Que Washam for long third down conversions. Henderson made a nice grab of a 6-yard pass from quarterback Jacob Mitchell to get the Cats on the board. The PAT by Josh Cook closed the gap to 17-7 early in the fourth quarter.
From their, things got a little crazy. An unsuccessful onside kick attempt by GCHS set the Hornets up in great field position near midfield. On the very next play, senior quarterback Antonio Barnes broke free for the most explosive play of the night for the visitors – a 54-yard bootleg run to push the Hornets’ lead back to 17.
But the Wildcats answered. Junior kick returner Peyton Roberts took the ensuing kickoff at his own 15 and rambled all the way to the Poplarville 3-yard-line before kept out of the endzone by a shoestring tackle. Senior Santez Campbell took it in from their on the next play to push the score to 24-14.
The Cats defense held on the next Hornet possession to give the GCHS offense a chance to close the gap. Unfortunately, that drive ended inside Wildcat territory and Poplarville was able to add a late touchdown by Barnes to seal the win.
King said he was disappointed with the loss, but not with his team’s effort.
“We did battle back late with a nice kick off return and got a couple scores, but it turned out to be too little too late,” King said of his team’s fourth quarter efforts. “Overall, I thought our guys played hard, but we aren’t where we need to be yet when it comes to playing with the best teams in 4-A South.”
Poplarville finished with 312 total yards, with the majority coming from Barnes, who led his team with 72 yards and two touchdowns on the ground and 82 yards plus a long TD through the air.
For the Wildcats, Jacob Mitchell finished with 117 yards on 11-of-26 passing. The big difference came on the Cats’ inability to establish a running game as they finished with just 28 yards on the ground.
Individual defensive stats were not available.
With the win, Poplarville improved to 5-1 overall and 1-0 in region play. GCHS dropped to 4-3 and 0-1 in the region.

Wildcats hit the road for matchup with unbeaten Purvis

After five straight weeks at home the Wildcats hit the road this week to take on Purvis.
The Tornados enter the matchup with a 1-5 record, but looking to get back on track after a 35-7 loss to unbeaten Sumrall last week. Purvis started the season with a 49-7 loss to Oak Grove, followed by a 46-14 loss at West Marion. They blew out Columbia Academy by a 48-8 margin, but dropped a 29-8 decision to a strong Mendenhall team before to Seminary by a 42-21 margin.
Tornado players to watch include sophomore running back Wayne Ray (#4, 5-10, 165). Ray leads his team with 511 yards rushing and five touchdowns on 90 carries.
Senior quarterback Mason Kendrick (#10, 5-8, 140) has completed 31-of-56 passes for 366 yards and two TDs. He has been touched for four interceptions though. Junior Jessie Johnson (#11, 6-4, 190) is Kendrick’s favorite target and leads the team with 12 catches for 220 yards and a TD.
Defensively, junior Eli Barrett (#37), senior A.J. Sandifer (#22) and sophomore Hunter Robinson (#7) are the leading tacklers.
Fans unable to make the trip are encouraged to follow the Wildcats on the live GCHS game broadcast on www.nfhsnetwork.com. 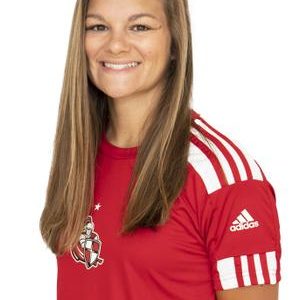