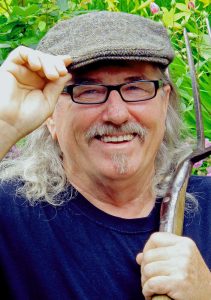 Got good dirt? Or do you prefer to call it soil?

Hot weather aside, I don’t know what I enjoy the least between weeding, routine pruning, mowing the lawn, or digging new beds. I finally got rid of my lawn, but there’s still the other stuff, all gotta be done, and there’s little joy for me in any of it.

Except, that is, for digging around which I actually like doing — at least to already-dug dirt. And yeah, I call it d-i-r-t — dirt. Truth is, there’s little difference between the meanings of the words dirt and soil, except amongst the horti-holy folks who belittle garden-variety garden practices.

When I was in college, I took a class called “soil science” in which I learned about soil texture, parent material, profiles, horizons, filtration rate, cation exchange capacity, and the like. My lofty professor insisted that dirt is merely “soil out of place” such as under fingernails, on kitchen floors, or imbedded in knees of jeans. To call soil dirt is therefore ignorant.

‘Scuze the pun, but I have dug deeply into the etymology of dirt. Middle English language references state that in the 1300’s it was drytt or drit, which meant mud or dung. The word soil, on the other hand, apparently comes from Latin “solium” for seat and “solum” for a piece of ground where refuse, dung, or excrement was dumped.

Synonyms for soil include earth, ground clay, duff, dust, humus, loam, loess, marl, mud, sand, silt, subsoil, and topsoil. Verbs for soil include stain, smudge, befoul, and pollute, which are generally not seen as polite. By the mid-1400s soil also was used to mean mold, earth, or dirt.

As a kid, I was told to go play in the dirt. Years later, my Delta parents welcomed every new grandbaby into the fold with a specially designated personal pile of dirt delivered for the new family member to play on and in — when they weren’t soiling their diapers.

This old digger has a compromise in which soil is “dirt that’s been messed with,” that’s had other stuff mixed in. No matter what kind of dirt you have — heavy clay or shifting sand — you can make it better for digging and for plants to grow in by adding organic matter including bark, compost, manure, cheap potting soil, or a mixture of several. This can both loosen clay for better drainage and root penetration, and help sand retain moisture and nutrients longer.

I love fluffing around in good dirt. It’s therapeutic to me, like mowing is to other folks. But to make it easier, I found that I could change my Yazoo clay, which is mostly good for growing ashtrays, into creamy, easy-to-dig soil. 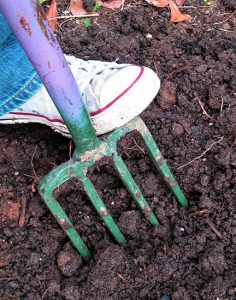 I simply dug the clay a shovel deep, stirred in a good bit of organic stuff, like mixing crackers in a bowl of chili and covered the newly-created mix with bark mulch. Earthworms took over, creating deep channels for water, air, and roots.

But the easiest of all, short of hiring someone to dig for you, is to lightly dust an area with cotton seed meal which feeds earthworms, water it, then cover with layered cardboard topped with grass clippings, leaves and mulch. Worms will take it from there, and within a very short few weeks it’ll become rich and crumbly.

Whatever. Dirt is plain old whatever-you-got-to-begin-with and is clearly fine for growing a huge variety of plants; look around and you can see for yourself. You want more options? Create coveted soil by adding compost and mulch; feed your worms and give them time to grow it better.

Felder Rushing is a Mississippi author, columnist, and host of the “Gestalt Gardener” on MPB Think Radio. Email gardening questions to rushingfelder@yahoo.com.

To mask or not to mask