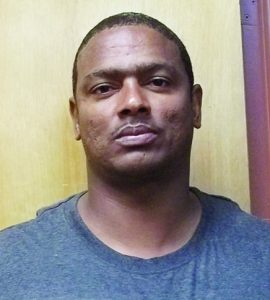 A Greene County man will spend nearly 12 years in a federal penitentiary after being sentenced this week for drug trafficking.

He was identified as a distributor of methamphetamine in Greene County and a target of a month’s long investigation prior to his arrest. On July 14, 2017 a package intended for Moody was discovered by the U.S. Postal Service and Moody was arrested after a controlled delivery was made to his residence off Miss. 57 in McLain. It was later determined that the methamphetamine was in excess of four kilograms with a purity level of 90 percent.

At the time, officials estimated the street value of the drugs at over $175,000. The roughly 11 pounds of ice was believed to be the largest amount of meth taken off the streets in a single bust ever in Greene and George counties.

During that raid on Moody’s residence, officials also reportedly seized material said to be related to the Vice Lord street gang. Court documents indicated Moody reportedly told investigators he was a chief lieutenant in the Vice Lord organization. Police also confiscated seven firearms, $2,200 in cash and a Dodge Challenger vehicle. The firearms were seized due to Moody being a convicted felon. He was arrested in a large marijuana bust in Perry County several years back and pled guilty to a reduced charge of possession of marijuana (over a kilogram).

The case was investigated by the Federal Bureau of Investigation and prosecuted by Assistant U.S. Attorney John Meynardie.