A pair of South Mississippi Correctional Institution correctional officers has been arrested after the two were caught with contraband during a shakedown at the prison. 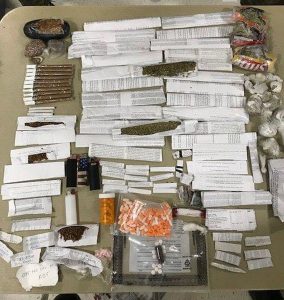 Officers seized a cellphone concealed on Rawls and $750 cash and $1,420 in Green dot numbers from Phillips on Tuesday morning.