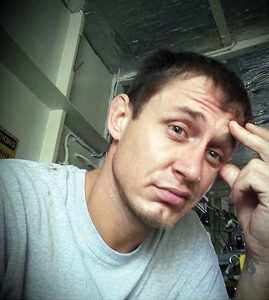 A Greene County man is being sought on child neglect charges after he allegedly dropped his child off in the woods near the Wayne-Greene County line and left him there.

According to Wayne County News Publisher Paul Keane, the investigation into the incident began last Thursday. The newspaper is reporting that Wayne County Sheriff’s deputies Tim Hollinghead and Alfred Hill received a call about a 5-year-old child being located coming out of the woods on Brewertown Road. Greene County Sheriff’s Department Deputy Tommy Henderson was also on the scene.

The newspaper is reporting that the child told officials he and his father were driving in a car when the father told him that the police were after him. He took the car down a muddy road and then stopped, letting the child out of the vehicle and telling him to stand next to a tree and to stay there. According to the child, the father said he would come back to get him.

Officials said after a period of time, the child began walking in the same direction that his father had left the scene. The child ended up spending the night in the woods, telling officials that he couldn’t sleep because he was cold that night.

In the morning, the child heard dogs barking and came out of the woods, where he was located by a resident on Brewertown Road.

Officials are now searching for Richard Dearman, 33, who is facing child neglect charges. He is about 5-foot-4 with green eyes and is a native of Greene County.

“We believe he has left the woods,” Wayne County Sheriff’s Department Chief Deputy Mike Mozingo said. “We discovered a shirt in an abandoned church off Miss. 63 on the Greene-Wayne County line, and Dearman’s sister said it was a shirt she had given him for Christmas.”

Mozingo said all efforts are being made to detain Dearman, and that he will face charges.