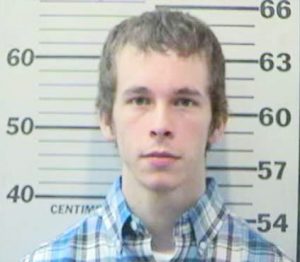 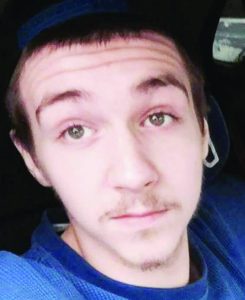 Charges against a Mobile County man linked to the death of a 16-year-old whose body was discovered in Greene County last week have been upgraded to capital murder.

Sheriff Stanley McLeod confirmed just after 11 a.m. Friday that his office was charging 22-year-old Matthew Moberg, of Wilmer, with bringing Brian Parker, of Semmes, across the state line into Mississippi, killing him and leaving his corpse on a logging road just a couple hundred feet off Miss. 63.

The body of Parker was discovered by authorities May 31 following an extensive search. Members of a search team consisting of sheriff’s office officials from Greene, George and Mobile counties and FBI agents, found the body in a ditch off the state right-of-way near the 4-lane highway’s intersection with Jake Hill and Winborn Chapel roads.

Officials had been looking for Parker since the young man was reported missing on May 24. An initial autopsy concluded Parker’s death was a homicide, but according to Sheriff McLeod, forensic pathologists are continuing to study the body to pinpoint the exact cause of death.

Parker was spotted alive on May 23 with Matthew Moberg on security video from the Dollar General Store on U.S. 98 in Rocky Creek. The deceased was last seen prior to that at a residence in Wilmer. The two men were reportedly ‘family friends’.

Moberg was arrested by Mobile County authorities on May 24 after he tried to flee from police who had gone to his workplace as part of their investigation into Parker’s disappearance. He had been held since that time without bond on charges of obstruction, eluding police, burglary and a probation violation, but was the key suspect in Parker’s death.

Published reports indicate Parker’s phone was found in Moberg’s vehicle and that the accused gave inconsistent statements to authorities regarding Parker’s whereabouts. Sheriff McLeod said Moberg had lived in Greene County for a short time when he was younger and is familiar with the area.

Trouble with law enforcement is nothing new to Moberg, who had just recently been released early from prison in Alabama where he was serving time for a 2014 guilty plea for conspiracy to commit murder and conspiracy to commit kidnapping. In that case, officials say then 18-year-old Moberg and another man had an elaborate plan to kidnap Moberg’s ex-girlfriend and kill her new boyfriend.

It is unclear when Moberg will be picked up and transported back to Mississippi to face charges. Alabama and Mississippi officials are reportedly in discussions concerning that process and timetable.

It was unclear at the time of this posting whether Moberg is currently represented by an attorney.