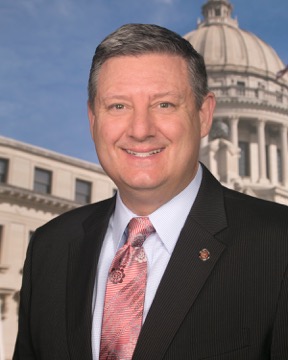 A Republican, Senator DeBar is serving his second term in the Senate, representing District 43, consisting of Greene, George, and Wayne counties. Sen. DeBar serves as Chairman of the Senate Education Committee and is a member of the influential Appropriations Committee, as well as Corrections, Energy, Judiciary (A&B), Public Health and Welfare, Veterans & Military Affairs Congressional Redistricting, and Legislative Reapportionment committees and Rules Committee. DeBar is also a member of the Mississippi Air National Guard.

“I am honored by the opportunity to serve the people of District 43 and the State of Mississippi,” DeBar said in announcing his re-election campaign. “During this term, I led the charge to pass the largest teacher pay raise in State history, have increased starting pay for our correctional officers, and passed the largest tax cut in State history. In this next term, I look forward to making even bigger strides for the people of District 43 and the State of Mississippi. I humbly ask for your support in the August 8 Republican Primary, so we can continue work toward a stronger future for our community and State.”

Paid Political Advertisement by the Friends of Dennis DeBar Jr.