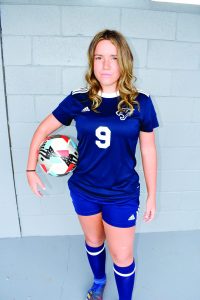 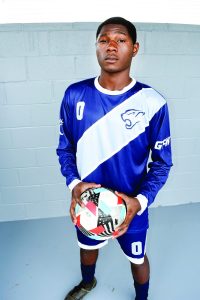 Although Greene County’s soccer season ended last week, a pair of senior standouts still have one more game to play. The girls’ team captain Aubrynn Shepherd and boys’ defender Orlando Polk will represent the Wildcats and Lady Wildcats as selectees for the 2022 Coast All-Star Games, which are set to be played Tuesday, Feb. 8, at Ocean Springs’ Greyhound Stadium.

Shepherd has been a staple for the Lady Wildcats’ program for quite some time, having joined the team as an seventh-grader to play six seasons with the team and five as a starter. As a senior, her leadership and defensive prowess helped spur the Lady Wildcats on to a 3-1 run through region play in January and earn a trip to the playoffs as the No. 2 seed in Region 7-4A. Though her successful six-year tenure with the team has reached an end, Shepherd says it still feels like the journey has just begun.

“It really just flew right on by,” Shepherd said. “Every year it’s just gotten better and better, and I hate to leave this year. Coach Janna (Maxwell) has helped me so much this year in taking on this leadership role so that I could help the younger team members learn and continue to grow. I played every game like it was my last one. I love giving it my all. I just love this sport, and I’ll really miss being with Coach Janna and the team.”

Having had a youthful and somewhat inexperienced roster, Maxwell said the opportunity to have a seasoned senior like Shepherd leading the way played a tremendous part in the Lady Wildcats’ success, and she looks forward to seeing which of her younger players will step up to the task of filling those shoes in 2022.

“We’ve had a really young team in general for several years now, so I really looked to my experienced players like Aubrynn for a lot of leadership,” Maxwell said. “They push each other, push the younger girls and kind of take them under their wings. It’ll be interesting to see who embraces that role that Aubrynn is leaving behind.”

The boys’ team will have rather large shoes to fill in the fall as well in the absence of Polk, who frustrated opposing offensive attacks throughout his senior season with the Wildcats. Polk tallied 26 steals as he helped Greene County rally for a 5-1 run to claim a Region 7-4A championship. Head coach Paul Martin said Polk’s relentless effort and leadership were crucial factors in the Wildcats’ success and will not be easily replaced.

“Orlando just had a tremendous senior year,” Martin said. “We put him in the midfield this season, and he made such a difference for us. He’s just such a hard worker and a great kid. He will be missed, but he and our other seniors will be remembered as great leaders and district champions. We’re so proud of his and Aubrynn’s accomplishments, and we can’t wait to cheer them on at the All-Star game.” 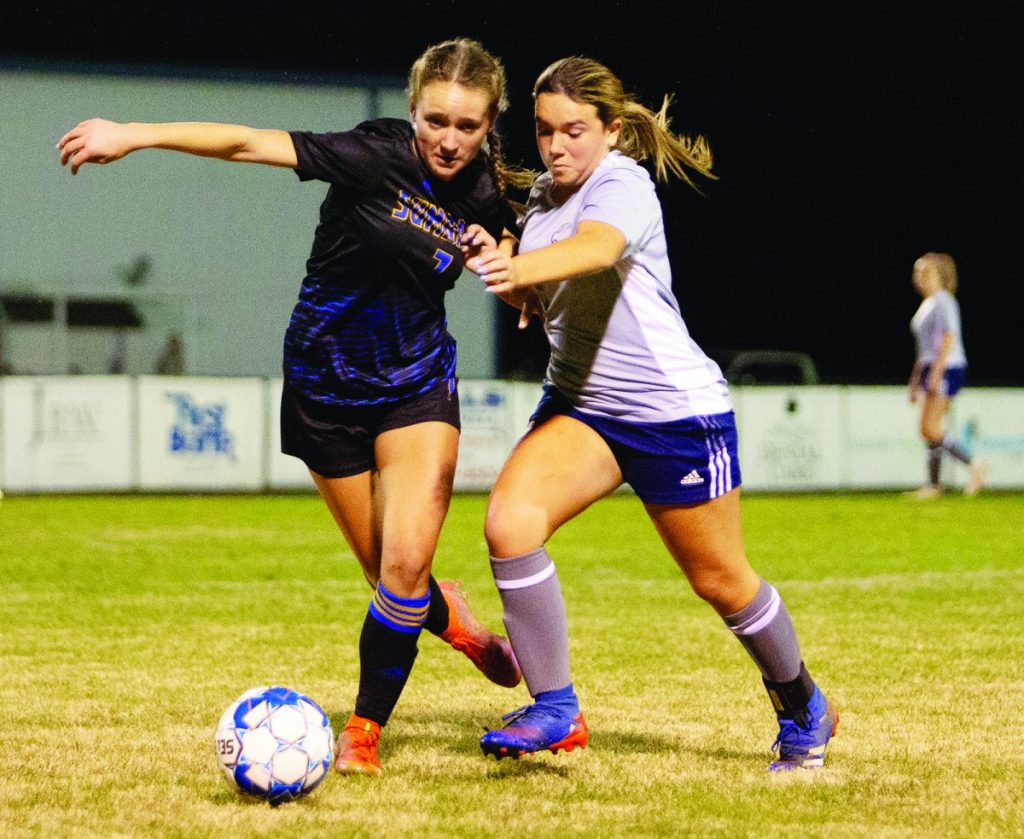 Greene County senior Aubrynn Shepherd is shown (Above, right) battling a Sumrall opponent for a loose ball in her final game as a Lady Wildcat last week in the MHSAA State Soccer Playoffs. But Shepherd isn’t quite set to hang up her cleats as she and GCHS classmate and soccer athlete Orland Polk are set to play in next week’s Gulf Coast All-Star games in Ocean Springs.
Photo by Brad Crowe / Herald Staff