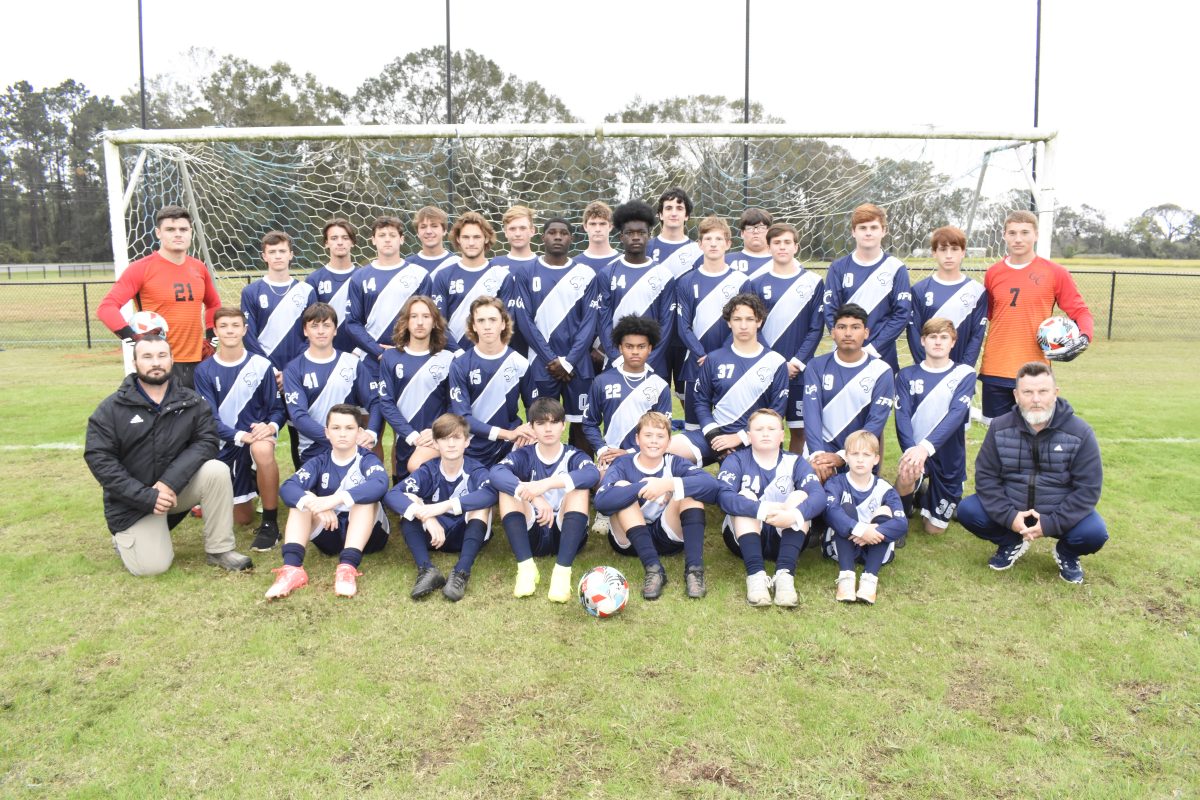 The Greene County boys’ soccer team’s red-hot run through January with a perfect record against region opponents came to an end on Tuesday with a loss at Forrest County AHS.

The Wildcats, who were without head coach Paul Martin in Brooklyn on Tuesday, saw their chance at an undefeated region title slip away on penalty kicks after two overtime periods. It wasn’t the way GCHS wanted to end the regular season, but the loss could provide extra motivation for the Cats, who had already celebrated a Region 7-4A championship with a 1-0 victory over Poplarville last week, and are set to host Sumrall in the first round of the MHSAA playoffs this coming Tuesday.

“They beat us 4-5 in a PK (penalty kick) shootout,” said Martin, who was restricted to watching his team play on his home computer screen. “Despite losing, we gained some valuable experience in taking PKs and were quite the dominant team this year in our region. We only allowed two goals in six region games, while scoring 12.”

“You always want to win, but this loss taught us that we need to be sharp for our Sumrall playoff game.”

Even with the loss, Martin said his young playmakers have “continued to impress him with their relentless efforts on the pitch”, and all signs point toward continued growth as they prepare for their match with the Bobcats.

When asked what ignited the Wildcats’ late-season run after a 3-6-2 start, Martin said many different factors have played a role in the process. Among the most significant would be a boost in depth, provided in large part by the additions of Trey Roberts and Brayden Martinez following the Christmas break. Martinez scored the winning goal against Poplarville last Tuesday on an assist from co-captain Dalton Hicks, and the lead was protected by a defensive unit that has continuously improved throughout the season.

“We have good players coming off the bench who really make an impact on the game,” Martin shared. “Eli Parker stepped in for Jerry Franks, who had received a yellow card, and he gave us the energy we needed to win the midfield. Noah Eason gave us fresh legs late in the game, and Poplarville struggled to create any scoring chances. Our defense has been solid. Jacan Walley, Jack Tungett and Rhett Brewer were seldom beaten, and whenever Poplarville put in a ball, (goalkeeper) Luke Barfield claimed it.”

Barfield has come through often for the Wildcats this season, making 65 saves on 83 shot attempts through 14 contests as the team’s starting goalkeeper. Freshman Hunter McMillon has pitched in as well with six saves on 10 shots through his first two starts for the team.

“We have in my opinion one of the top goalkeepers in the state and also a very talented freshman keeper in Hunter,” Martin added. “We have never had depth at keeper before.”

The Wildcats knew early on in the season that they would need big contributions from younger team members, having to replace a trio of veteran leaders from last year in graduates Andrew Backstrom, Lawson Merritt and Riley Turner. But they embraced a daunting non-region schedule as an opportunity to challenge themselves early and through the adversity new playmakers have emerged.

“We have three very talented sophomores starting on our backline in Jack Tungett, Jacan Walley and Rhett Brewer, along with senior Braylon Denson who took a little time to get the communication part of the job, which is so key,” Martin shared. “We also moved Orlando Polk into the midfield, and he wins so many balls for us, which takes pressure off our back three. We also changed our team formation, which took time to get adapted to.

“Early on we were carried by senior Jerry Franks, but we didn’t have depth and lost several games late because of it. We’ve always attempted to play some of the top soccer programs early on in preparation, and it’s paid off in my opinion as we’re undefeated so far in district play.”

Though the stakes are rising, Martin says the Wildcats’ game plan will remain the same as they continue pushing themselves forward.

“It was nice to win a district championship on our own field, but we must continue to push ourselves,” Martin said. “We’re so blessed to play and coach the game we love. We’ll only continue to improve our program by being brave and challenging other top teams.”

While a perfect region record was on the line for the Wildcats, FCAHS had a little more to play for on Tuesday – a first-ever playoff berth – and boy did they fight for it.

“Both teams fought hard from the start of the game to the finish,” FCAHS Coach Todd Smith. “I’ve never witness such respect between two teams and such professional sportsmanship between two teams in a soccer game in 20 plus years than I witnessed tonight.”

“Both schools should be so proud of not only how hard they fought and played, but also the true sportsmanship that was shown tonight.”
Smith led the Aggies’ program its first winning season in 2016 and with the win over GCHS on Tuesday has now led the school to its first playoff appearance. FCAHS will take on Northeast Jones in a Round 1 match on Tuesday.

As for the Wildcats, they will host Sumrall on Tuesday at 6 p.m. at the GCHS Soccer Complex on High School Road. The program won its first-ever playoff match last year and have their sights set on going deeper in postteason this year.