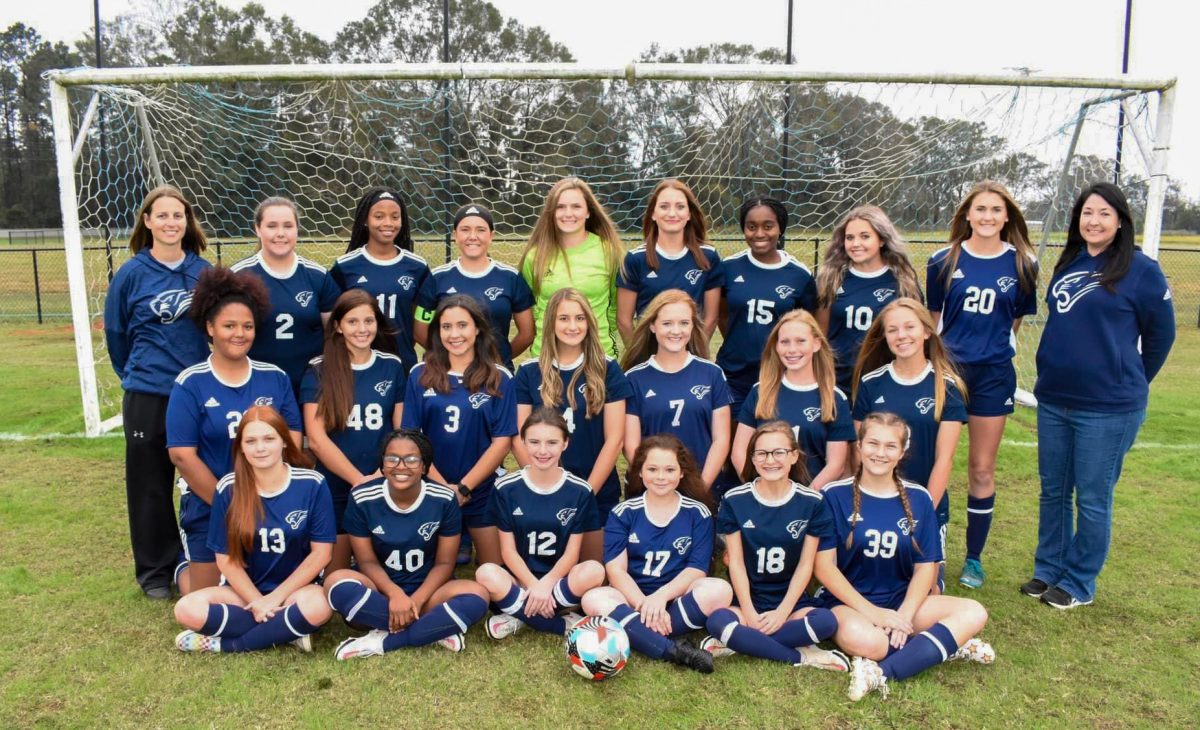 The MHSAA regular season is coming to a close, but Greene County soccer remains alive and well with both the boys’ and girls’ squads reaching postseason play. The boys’ team locked up the No. 1 seed in Region 7-4A with a 5-1 run through region play, and the girls’ team punched its ticket with a victory over FCAHS on Tuesday to finish 4-2 in a second-place finish.

Girls’ head coach Janna Maxwell credits her team’s success largely to the leadership skills of a veteran group of players who helped lead an overall youthful lineup in a remarkable run through December and January.

“They’re vocal, and they lead by example,” Maxwell said. “They don’t just say, ‘Okay, let’s do this,’ they go out there and do it themselves. The leadership and camaraderie with this year’s group has really gone a long way.”

And the success has been contagious. Both the boys’ and girls’ teams seemed to hit their stride once region play began, and Maxwell believes both squads fed off one another’s energy and support as they pushed themselves to new heights on the pitch.

“Our boys’ and girls’ teams are really close,” Maxwell shared. “We practice at the same time, and they spend a lot of time on the field together, so they have great relationships with one another and really enjoy seeing one another succeed.”

“It opened the door for a lot of our younger girls to see the field more often and earn experience,” Maxwell said. “Most of our midfielders and forwards are very young, and they’ve gotten a lot of playing time that we weren’t able to give them the year before, so that’s really benefited the team as a whole as these girls continue to learn and grow together as a team.”

The Lady Wildcats’ next challenge will be a daunting one, as they prepare for Monday’s first-round road games against a highly-touted No. 1 seed Sumrall team. Maxwell had high praise for their next opponent’s program and said she and her team have been hard at work in anticipation for the matchup.

“Sumrall has a very fundamentally sound team, and they have a lot of girls on their team who really know and understand the game of soccer,” Maxwell said. “I think our biggest asset through the season has been our athleticism, which has helped compensate for whatever we’ve lacked in experience.

“Our biggest thing going into Monday is just working on attacking. I think my players would attest to the fact that we’ve spent most of our practice time working on offense and creating scoring opportunities. You can play well defensively and your keeper can make stops, but you can’t win games unless you’re scoring goals, so we’ve been focusing on finding ways to create those opportunities and putting our girls in situations where they have the confidence to put the ball in the net when their chances come.

The Lady Wildcats’ first-round contest will begin at 6 p.m. Monday evening, and Maxwell encourages all fans to come out and support as the team strives to keep this year’s run going.

“It’s going to be a challenge, but it’s a challenge that they earned for themselves,” Maxwell said. “I’m proud of everything they’ve accomplished, and we’re excited to go out there and give them our best shot.”