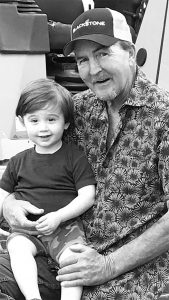 In making his announcement, Hicks says he wants to be the voice for the services and progress the people of Dist. Four deserve.

“I am accessible and approachable, honest and fair,” Hicks said. “I will work hard for you, the community and the county.”

“Let’s work together to move forward.”