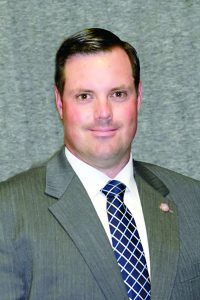 Incumbent Ladd Pulliam is asking for voters’ support as he seeks re-election as Greene County Coroner.

Pulliam, who is in his second term in office, says he is proud of the work performed through his office and looks forward to continuing to serve his friends and neighbors for another four years.